Anthrax or Hall and Oates? This is not a question that you would expect to hear in just about any situation as both groups have very different sounds. Analogue or digital then? Again, two very different approaches to the same issues. How do you choose when each group or music process has their own good and bad points?

Anthrax were beginning to hit the heights with their fourth album, State of Euphoria, an record nicely described by http://www.metalreviews.com/reviews/album/6097 as a solid album. Metalreviews continue to say that the killer songs come thick and fast, the album opening with the nice and epic Be All End All, a cello introduction soon giving way to the band’s usually solid riffing and catchy singalong chorus. Out Of Sight, Out Of Mind continues in much the same vein, the heavy guitars taking centre stage as the speed and melody of previous and future albums are left to one side – really, Anthrax in their eighties form were absolutely killer, and even entry-level Thrashers should be familiar with their songs. Heck, the tracklisting of this album reads like an Anthrax best-of in hindsight, the sheer catchiness of the material making it easy to love and hard to forget.

And now we have Hall & Oates, looking at http://www.hallandoates.com/about.html we see that the duo were signed to Atlantic Records by Ahmet Ertegan in the 1970’s and that their 1973 debut album, Abandoned Luncheonette, produced by Arif Mardin, yielded the Top 10 single, “She’s Gone,” which also went to #1 on the R&B charts when it was covered by Taveras. The duo recorded one more album with Atlantic, War Babies, (produced by Todd Rundgren) before they were dropped and promptly signed to RCA. Their tenure at RCA would catapult the duo to international superstardom.

So there you have it, two groups, two different methods of listening back, two completely different sounds. When you’re feeling the need for a thrash about I doubt you’d be choosing Hall & Oates yet when arranging a quiet night in I’m not sure that Anthrax is the way forward. 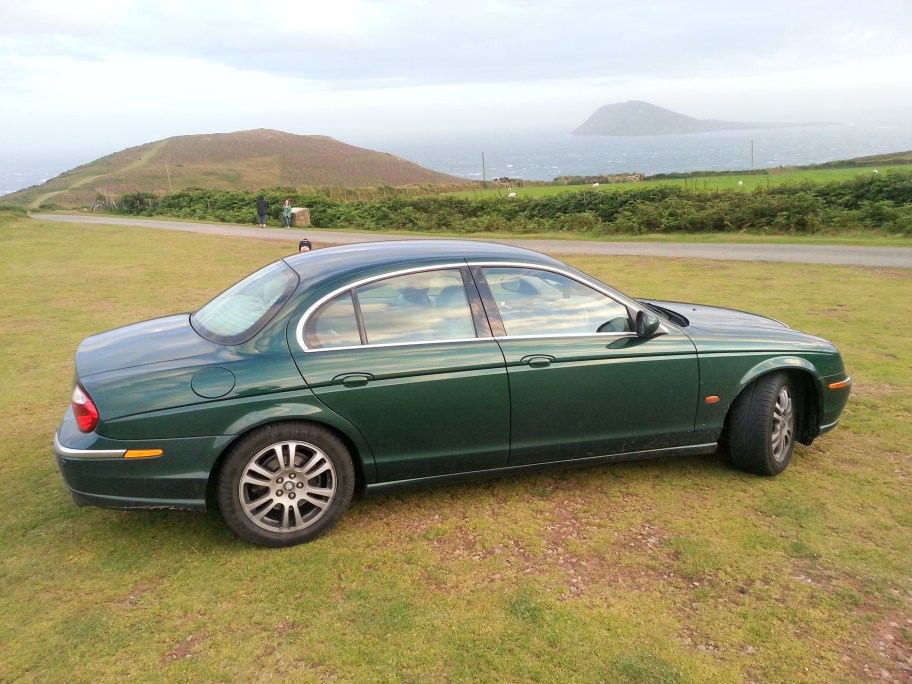 So what’s this got to do with the Jaguar 2.5 S-Type? Is it Analogue or digital, Is it a ‘Maneater’ as Hall and Oates would say or perhaps ‘Out of sight, Out of mind’ if we’re in the Anthrax camp.

The Jaguar is old school, it’s not troubled the top 10 in either CDs or downloads for a number of years and has been superseded not once (the XF,) not twice (facelift XF,) but three times (latest XF.) Putting the S-Type up against the very latest XF would be like comparing the sound quality of an LP with the sonic capabilities of a high quality CD. Yet, I’m sure I’m not alone in sometimes seeking out vinyl over digital. It’s the packaging of an LP, proper size album art, lyrics printed at a size that can actually be read, the wonders of the gate-fold double album, there’s just something about that little bit of crackle and hiss before an LP starts that digital music, in any of its forms, just cannot hope to replicate. There are other times though when you want, even need, the clinical perfection of digital, the latest remaster of your favourite album,  allowing you to hear the tunes anew, a fresh emphasis now placed on different parts of your favourite song giving it a revitalised quality.

Now what if you could find a car that can do both analogue and digital, can give you the crackle and hiss when you want it as well as the clinical dynamics and range of modernity? The new supergroup, Hall and Oates and Anthrax if you will. Opening the driver side door on an S-Type is an event, the aluminium kick plate reading Jaguar glints up at you. The subtle inner lighting welcomes you, the well chosen contours of the beige leather and walnut dashboard greet you like an old friend. It’s a gatefold LP opened wide, lyrics and band pictures jostling for position across the fold and promising an exotic sound to take you away from the humdrum, from the everyday. 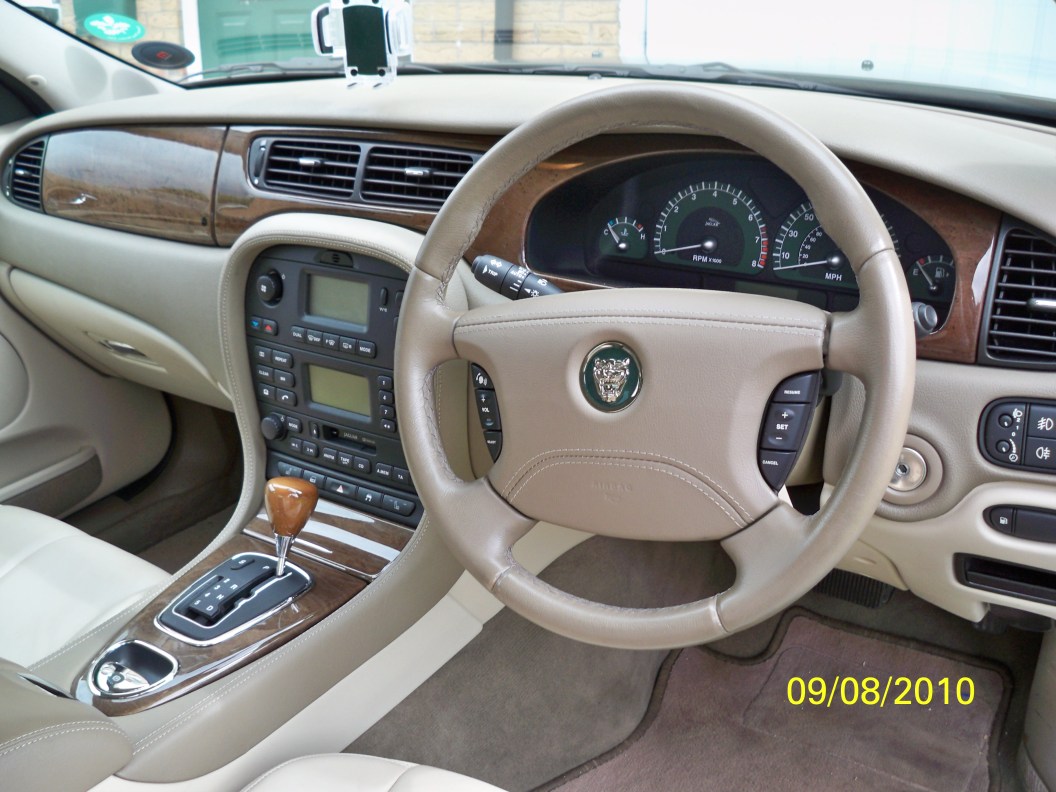 This is a remarkable place to be. The seats are extremely comfortable as they offer a wide range of adjustment with both height and reach as well as the added convenience of two memory save spaces so that you no longer have to worry about getting the seat and steering wheel back to your desired position. This really is a car that you can travel across countries in. I love this cabin and how it makes you feel special. Everything within manages to convey longevity, the touch of the leather is superb, the automatic gear lever is a delight to look at and use. Admittedly, the plastic surrounding the climate controls and stereo doesn’t match the rest of the interior but it is still superior to the average family car. Even this 12 year old model still manages to cosset the driver and family whilst still convincing that you’re in something rather special. Yet amongst all of this tradition, hidden behind the LP collection are a few CDs trying to grab your attention starting with the optional heated seats. With two heat settings to choose from, they are a definite feature to seek out when deciding upon the specification of your second hand S-Type. It is only after a few miles that some of the other plus points from the interior begin to raise their head. The buttons on the steering wheel can be used to control the excellent stereo and cruise control, an essential feature if you intend to use the Jaguar for the purpose it was surely designed for and one that aids the driver over distance. Duel zone climate control takes us once again out of analogue and back into the digital age as it allows for the temperature of each front seat passenger to be set separately and is very simple to use. As you spend more and more time drinking in the details you notice more refinement, the electronic hand break, the 6 CD changer in the boot, the helpful light in the glove compartment, decent size door pockets, a handy space for your CDs and two cupholders hidden away in the central armrest. 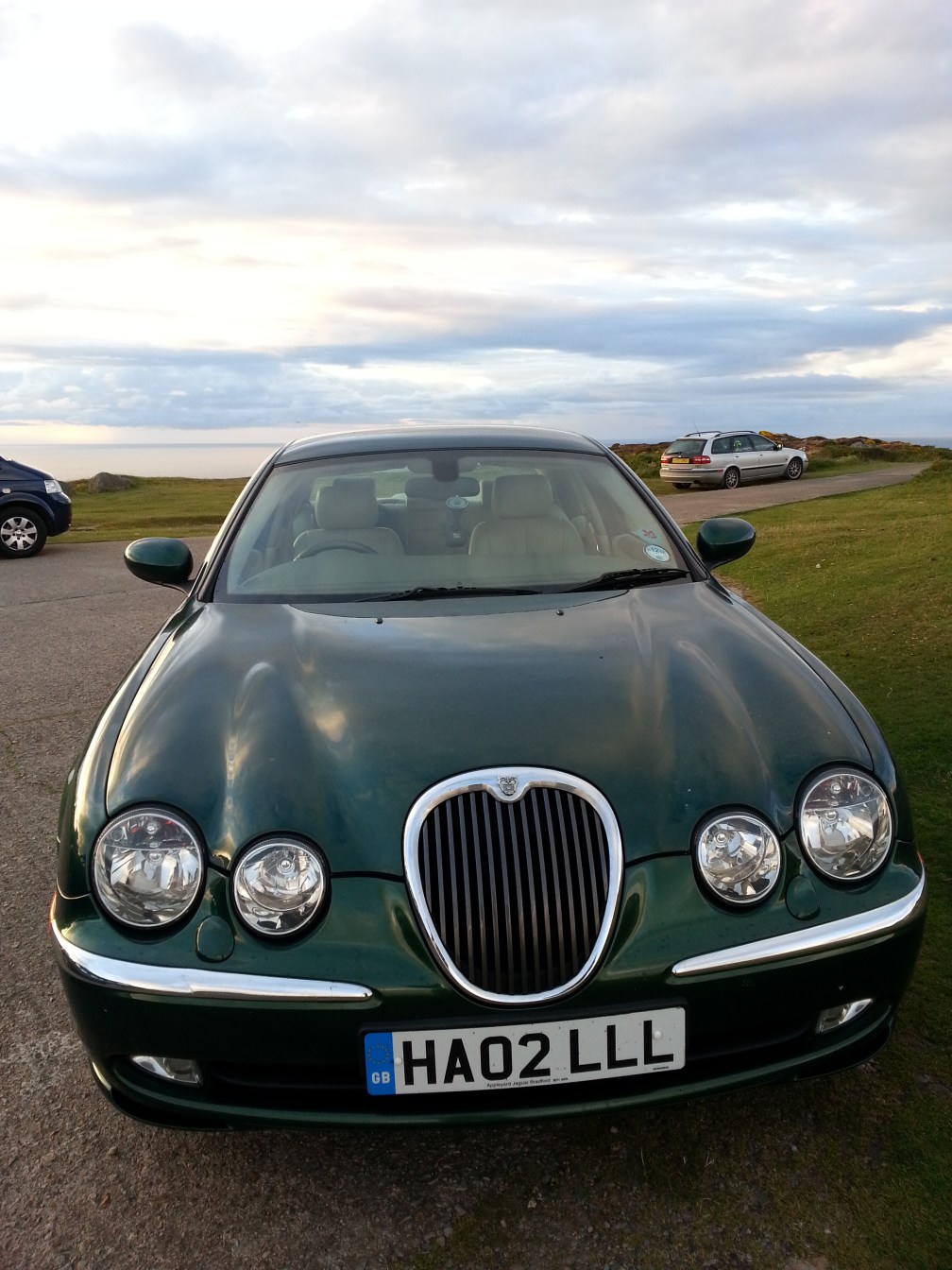 Analogue and digital working together. Hall and Oates and Anthrax. Driving impressions to follow.