Before the advent of the car travelling around the country was difficult, not impossible, but time consuming and dangerous. Early cart sharing schemes were a disaster, backseat drivers would offer hints and tips to the horses who would generally do what they wanted anyway. Maps were rare and if you could read one, warned of mysterious beasts around every corner. Highwaymen and women lurked at the sides of the road ready to relieve you of your valuables and not all had a social conscience like that of Nottingham’s Robin Hood. Times changed, roads were put down, the horse and cart became larger and more powerful, peoples expectations became more extravagant, no longer happy to dice with death, there was a desire and need to travel further than the next village or town. Maps began to include less monsters and blank spaces and became tools to ease the mind and journey. Fast forward a few hundred years and we get to now. Travelling longer distances in a day has become commonplace as cars have improved beyond recognition from the uncomfortable and unreliable vehicles of the past. It is now nothing unusual to see fast Mercedes, BMWs and the like barrelling along in the outside lane of the motorway, overtake and then speed off into the distance leaving a vehicle such as the Focus trailing in their wake. For anyone persevering with this introduction (and very well done may I say) the point is this, as vehicles and therefore travel in general has become faster, safer and more reliable can the 1.6 Zetec still keep the drivers attention or is it all too easy to be taken in by the younger, yet more sophisticated, newer model.

Following on from part 2 https://motormartin.wordpress.com/2015/09/12/mk1-5-ford-focus-zetec-chipping-ongar-and-back-an-odyssey/ regular readers will be aware that the halfway point of the day was the pretty Essex town of Chipping Ongar and it was there that I found myself after a reasonable four and a half hours travelling. The Focus has so far taken everything in its stride and proved itself to be a comfortable mile eater. The engine is fuss free at a steady 65-70mph, which is around 3000rpm, and would appear to be happiest at this speed whilst giving a decent return on fuel. Steering input is rewarded with good levels of feedback from the front tyres and with the slightly old fashioned heavier feel to the power steering, driving the Focus is a delight. The driver feels far more involved in the process of steering the car through the bends with the weighted steering contributing towards that feeling, it doesn’t give the impression that the driver is really somewhat redundant but allows you to be part of the whole process. The twisting roads on the way into Ongar have provided a welcome relief from the well known tedium of the M11.

Turning right at the Four Wantz roundabout and following the road takes you towards the top of Ongar High Street where you begin to get a real sense as to the antiquity of this special town. On the left as you arrive and hidden from the road is the site of Ongar’s Castle, a 12th Century motte and bailey castle occupied until the 16th century. The overgrown motte still stands over 50 feet high and is completely surrounded by a moat, but the stone tower on its summit dating from 1150 has been completely demolished. There are two baileys, one on each side. Nearby is the remains of the moat that surrounded the town fortifications. It is this sense of history that pervades as you wind your way through the town, the imposing Grade II listed Budworth Hall passes by on your right followed by a rows of ancient cottages converted many years ago into shops. 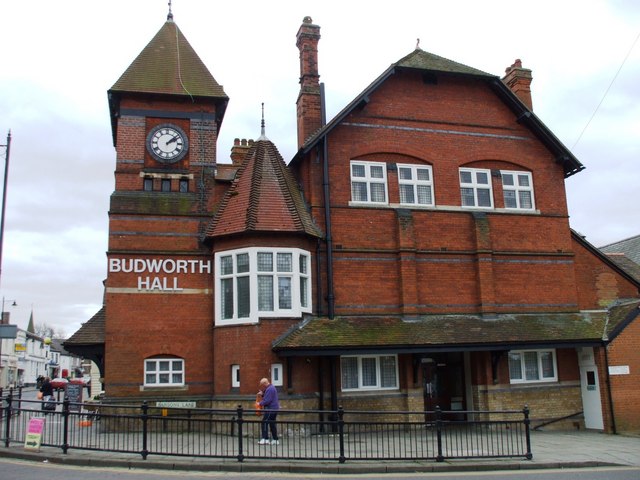 Indeed Chipping Ongar would appear to be an ideal staging post for an adventure. That was certainly the case for the famous explorer and adventurer Dr David Livingstone (1813-1873) who lived and preached in the area. The United Reformed Church should be your first stop. It has stones and plaques inside commemorating its connection to Dr Livingstone and to Jane Taylor (1793-1824) who wrote the world famous nursery rhyme Twinkle Twinkle, Little Star. She is buried in the church with her parents. 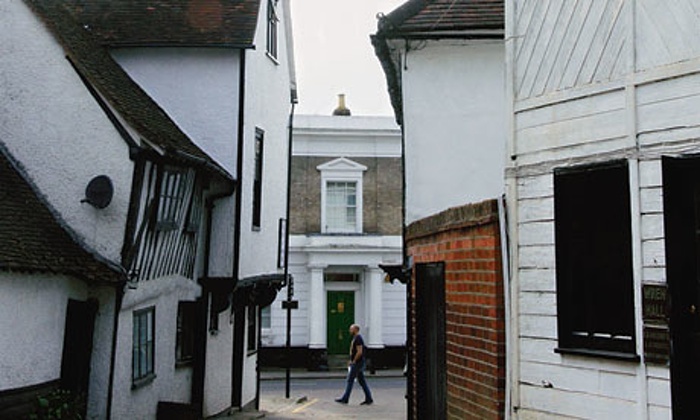 Once stopped and refreshed it’s time to get back into the Focus and think about the return trip to Yorkshire. It doesn’t feel like a chore when you climb back in to the Ford as the seat retains it’s composure, even after 85000 miles as it provides a comfortable and supportive shape. With the evening drawing in the heater does a good job of warming the interior and gets up to temperature very quickly, certainly a bonus when it comes to the winter weeks. Noting well over half a tank of unleaded left and with 203 miles showing on the trip meter for the day so far it’s time to turn around and make my return journey.

As dusk falls and the final few miles of the M11 approach I marvel at how well this used 1.6 Zetec has performed today. The interior has been a well equipped and pleasant place to be, the CD radio has been perfectly acceptable, the temperature controls easy to use whilst the suspension is still more than up to the job of cosseting the driver from the worst that British roads can throw at it. Once the M62 turnoff appears, signalling the final 40 or so miles back to Bradford, West Yorkshire and home, the Ford Focus continues to perform consistently. The confidence that the car exudes, due in no small part to Ford’s remarkably simple philosophy at that time, gives us a car that provides good handling and fun in equal measures whilst including a practical and large boot as well as room for five adults in relative comfort.

The original question posed in Part 1 https://motormartin.wordpress.com/2015/09/05/mk1-5-ford-focus-zetec-an-introduction/ was is it fair to expect a 85000 mile, 04, 1.6 Ford Focus Zetec to behave like a much, much newer and more expensive car? I’m not going to suggest that a used MK1.5 Focus is better for everyday motoring as well as longer journeys than a far newer car but there are a lot of things that this Focus still does very well. For the driver on a budget a quick look through the small adds and http://www.autotrader.co.uk provide a vast selection of Focus with a variety of engine and trim level to choose from. In the ‘real world’, where this blog lives, it’s difficult to build a case against this popular, practical and fun car and if chosen carefully, should provide many more years of budget motoring at a fraction of the overall costs of a more modern alternative.